We are finally slowly moving out of ‘bear country’ …  Here are some pictures of bears we have seen so far. 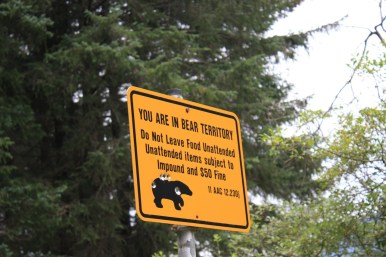 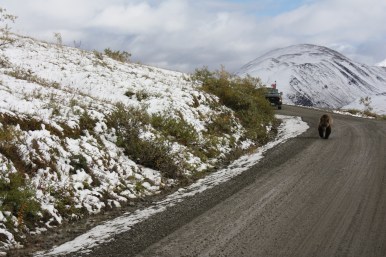 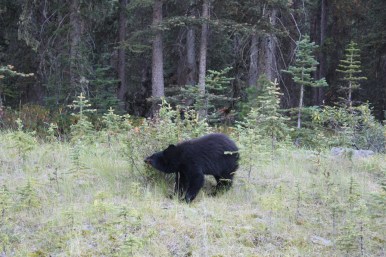 Soo… no, I haven’t had any yet! Kiting I mean… I had a little panic attack 5 days ago driving around Yellowstone lake. The first winter storm for the season was coming in and it was the first day of it so the wind was still relatively warm. It was blowing 20 to 25 knots on the lake. The problem was there was no safe launch site and frankly I was a bit afraid given there was noooooobody but us around. We walked on a small beach to look for a good spot but the sand was littered with fresh bear tracks to which Teresa gave me the ‘you are insane if you think I will be waiting for your sorry ass’ look … Needless to say I did not kite!

Today I decided to look for kiting spot in Utah – our next destination. According to a blog post I found the best Kiting destination in Utah is apparently in Wyoming – Sulphur Creek Reservoir, WY. This place is on our way to Salt Lake so I am planning on making a little detour there. I guess I should run the idea past T first … :).

Anyhow, the wait long be long. We are flying to DC on October 16th and will drive to the Outer Banks, NC on October 22nd for 3 days of kiting. Fingers crossed the wind will cooperate 🙂

We are currently in Grand Teton National Park. We stayed 3 days in Jackson, Wyoming. Teresa wasn’t feeling well so we took a hotel. To be honest I did not fight much since the Fall temperatures finally caught up with us. Our last night in Yellowstone the temperature came down to -14C (7F). This caused the water hoses in the back of the car and the heat exchanger in the front to freeze. So we drove to Jackson, i.e. we drove South and stayed there for 3 nights. A bit of a splurge – TV, showers and a bed. After the third day we decided to go budget again and we move to a hostel in Jackson Village – a small ski resort about 30miles out of Jackson. The hostel is half the price of the hotel and we still have showers and a bed :).

The weather is not much better in Grand Teton vs. Yellowstone. It is sunny and clear during the day going up to 10C/50F and -10C/14F at night. I drained all the water from the car hoping to save the heat exchanger and etc.

We are planning on a 10miles hike tomorrow with a 6200ft vertical change roundtrip. It will be challenging day so we waited an extra day to make sure Teresa is really feeling better. In the meantime Jackson Village is a desert town. The resort is officially being closed today for the offseason (only 2 weeks) so we basically have the place to ourselves. This is a welcomed change from the RV madness of Alaska and the crazy campsites of Banff (780 spots campsites…). 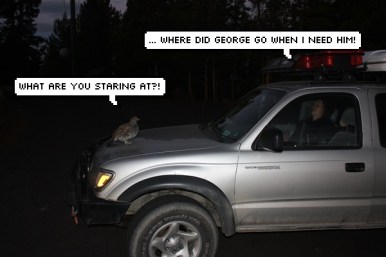 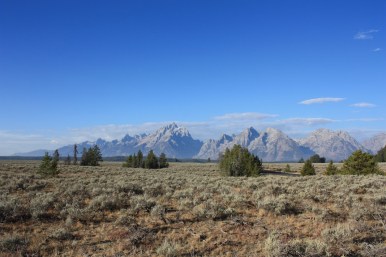 We spent almost 2 weeks in Yellowstone from the end of September to the beginning of October.  It was the end of the season however the park still felt really crowded.  I can only imagine the craziness that the summer season presents.  We heard that more than 3 million people visit the park in the 7 months it’s open.  Based on what we saw, that must be absolutely crazy.

We really wanted to take our time in Yellowstone, so we decided to stay as much as we felt comfortable with.  For 2 weeks we managed to see all major geyser areas, did 4 or 5 days of hiking and explored all roads.  It is a cool park!  It is interesting to point out that relatively speaking, we felt bear safe in Yellowstone. After all, we came to Yellowstone after spending a month and a half in Alaska, Yukon and BC.

We found a cool campsite in West Yellowstone to stay for 5 days.  We were the only visitors in the campsite which was amazing.  We had a spot right by a lake and the internet bandwidth to ourselves :)… I watched a few premiership games on the laptop :).  The lake was also pretty cool because it was duck migration season and there were thousands of ducks in the lake and probably a dozen bald eagles hovering around.  Cool to see a bold eagle attack a flock of ducks. 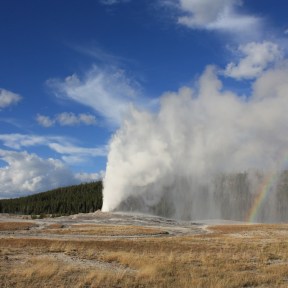 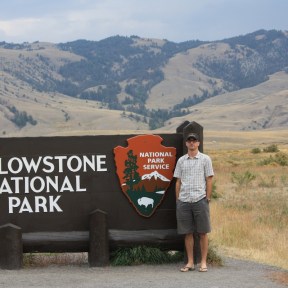 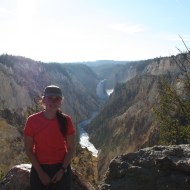 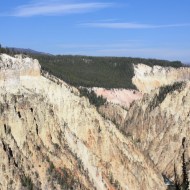 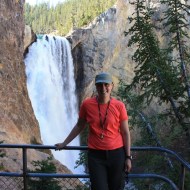 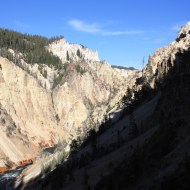 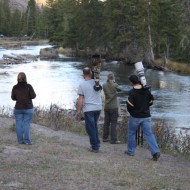 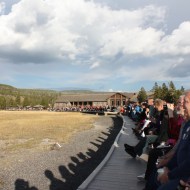 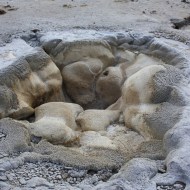 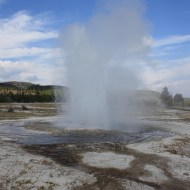 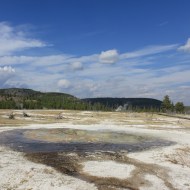 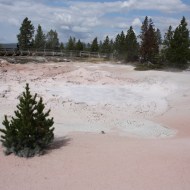 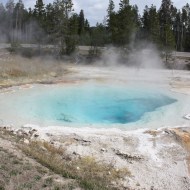 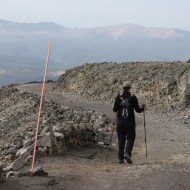 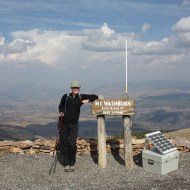 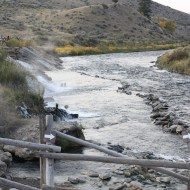 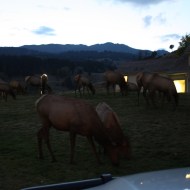 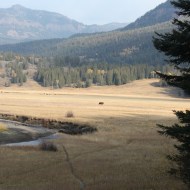 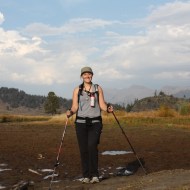 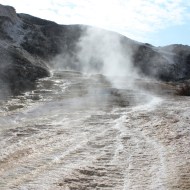 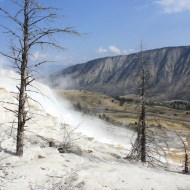 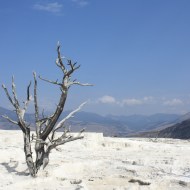 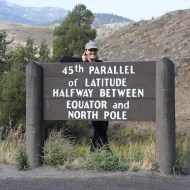