First off…sorry for the little hiatus.  We had a tight timeline in Mexico, so that we could surprise L.Batt. (more on that later) and then had friends and family coming for a visit.

On the 15th of January, we planned to take a ferry from La Paz, Baja to Mazatlan to avoid driving the long way round.  I was anxious about heading to the mainland.  We had read that Mazatlan wasn’t the safest, and I wasn’t sure what to expect with the ferry.  A few days earlier, we decided to skip the cabin and just sleep on deck.  I had European ferries in mind when we made this decision.  Driving up to the ferry terminal was a little disorienting, and then we learned that George had to drive the car on himself while I needed to walk on.  No cool ferry terminal officials.  I tossed our sleeping bags and mats into my backpack so we could sleep on deck.  There was a lot of waiting to board, but finally I started making my way through security and customs.

They shuttled us over to the ferry in small vans, so I had to check my bag.  I later learned that I could not pick this up until we arrived in Mazatlan in the morning.  I was so flipping frazzled by the time I met up with George.  Silly thinking about it now, but they messed with my plan, dammit.

Needless to say, the ferry was not like European ferries I’d been on.  There was a room for passengers without cabins (assigned seats), a cafeteria (blah food), and  the deck area of course.  That was it for public space.  I definitely felt a little claustrophobic, but as a consolation prize they did play a series of second rate new to dvd movies, yeah 😉  George also said that down below was utter chaos with transport trucks pushing their way in.

The ride was 17 hours in all, and thankfully went by pretty quickly.  George met a few folks to caravan with out of Mazatlan down the coast.  This was  a relief, because honestly, all we wanted to do was hightail it south before dark.  Our new friends had a chance to meet the ferry captain, and he passed on a few tidbits of info including how the banditos compel cars to stop on the road in the areas we were driving through (rope across the road).

We made it to San Blas that night and set up camp for the night in a little dead end street by the beach. 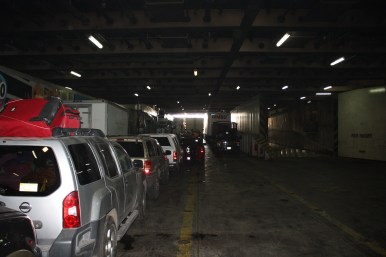 Yesterday morning we had palachinki for breakfast … yum yum ! 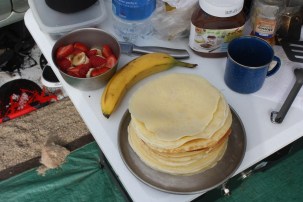 Five miles North of La Ventana there is a place known as the ‘hot springs’ beach.  There are hot springs that are right under the shore break.  At low tide you can dig a hole in the sand and you can get scolding hot water coming from the ground.  A week ago we went with our camping neighbors from Montreal (Tommy and Melisa) to the hot spring beach to build a jacuzzi of sorts on the sand.  We dug (more like found it) a big whole in the sand.  We put a big tarp in the whole and we filled it up with hot water from the springs.  The deal was that Tommy and I would be kiting while the girls fill the whole.  Didn’t happen exactly as advertised but at least we kited for a bit 🙂 … 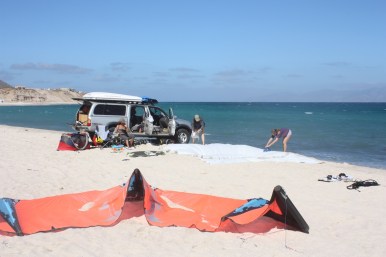 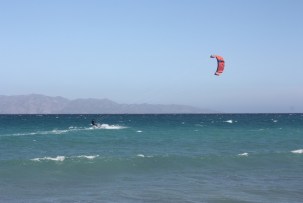 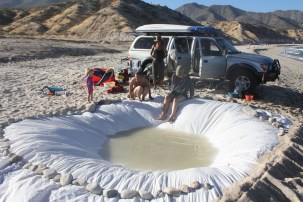 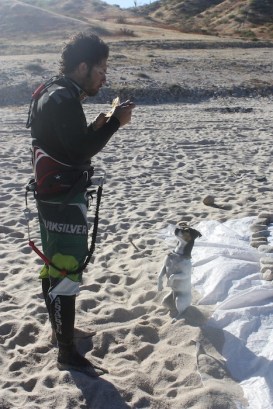 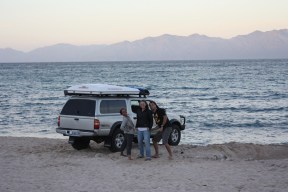 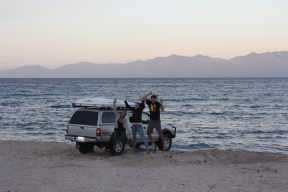 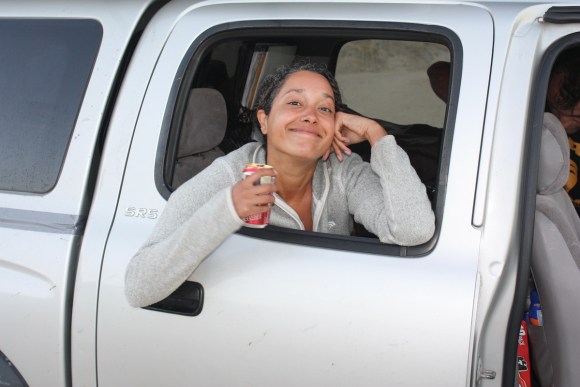 I finally completed the upgrades on the water tank in the car.  I installed a heat sensor and gauge and also a tank water level sensor and a gauge in the back to help us with filling.  In the initial design of the water tank we planned to have a separate filling whose in addition to the out pipe.  This wasn’t very practical however.  At some point I realized that we can fill the water tank from the out pipe.  The water pump has a 3000 psi reverse flow shutoff valve, so when you put water in reverse it actually flows in the tank.  This was super convenient for us since I did not have to remove all the junk from the trunk to get to the back to fill the tank.  The problem however was that we had no way to know when the tank gets full so to be conservative we would usually fill it half way up.  Well, not anymore :).  Now we have an awesome water level gauge so we know when we are out of water and when we are full … We have been taking awesome hot showers on the beach!  Yeah! 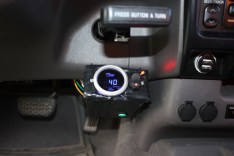 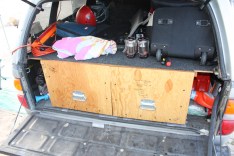 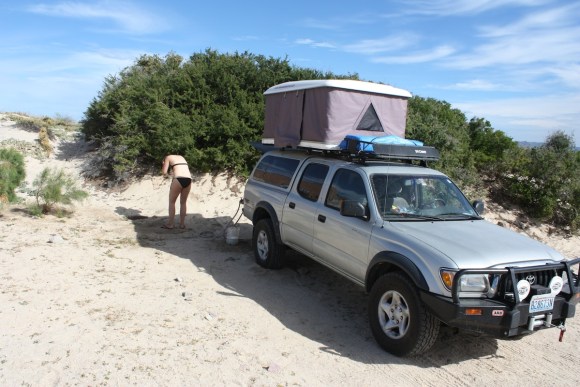