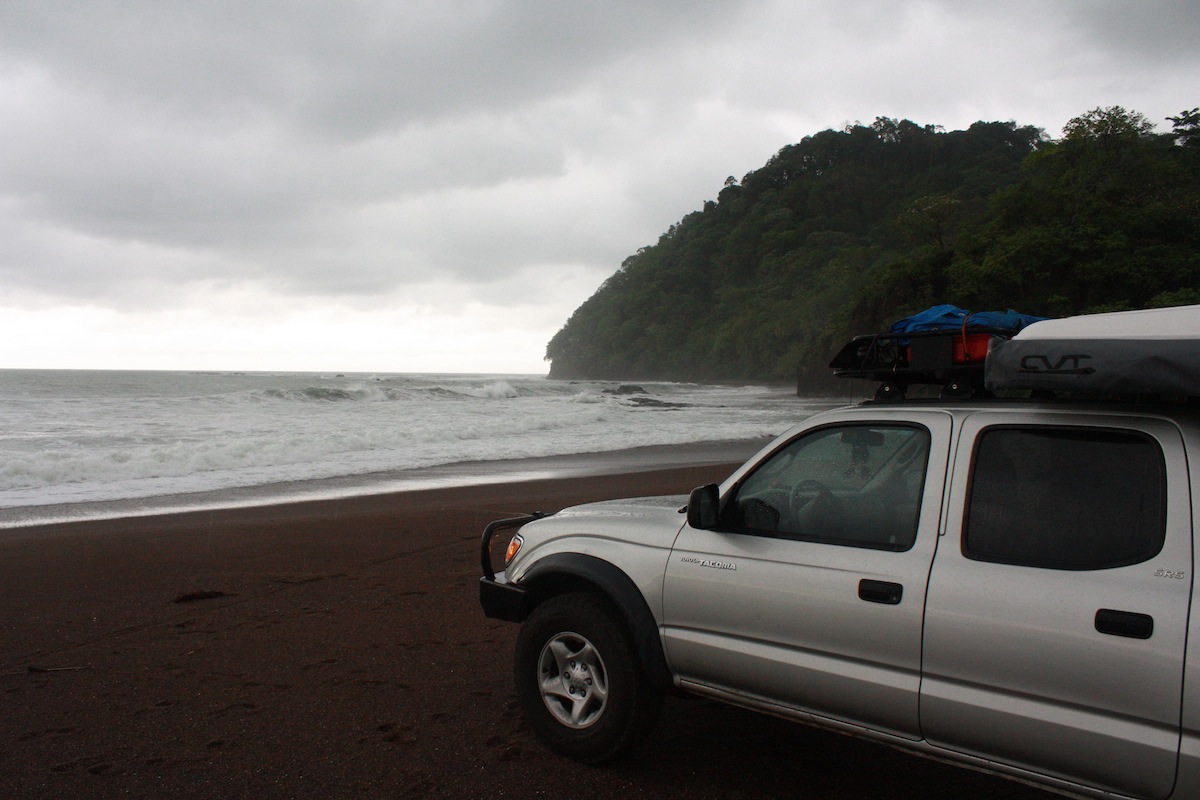 Car update.  So far we have put 21, 000 miles on the truck.  Out of these we have over two thousand miles on dirt roads (roads that have never seen any pavement).   The miles on roads that were paved once in the last 30 years are significant but unknown.  I suppose this is the majority of roads in Central America (and the section of the Alaska Highway in northern BC, which is absolutely abysmal).

The damage so far:

Well, after the Leon sleeping ordeal, we were set to head out of town to the beach.  What is that saying about trouble coming in threes (hostel #1, hostel #2, horrible noise coming from the breaks).  Something was terribly wrong.  G pulled over to try and inspect the brakes.  Like good little travellers, we threw up the safety triangles.  I gentleman noticed us, pulled over with family in tow and lead us around the city until we found a mechanic.  Keep in mind that this was a holiday weekend, so finding a mechanic was a blessing.  The gentleman was visiting Leon from Managua (capital of Nicaragua). Now, I have to admit up until this point, I hadn’t formed the bests of opinions about the people in Nicaragua.  I found some of the men to be disrespectful and the general population to be less than friendly.  This man gave me a new data point though.  It might be cultural to not be so friendly to strangers, who knows.  We did truly appreciate his help though.

I knew that we were going to be at the mechanics a while when he started hammering at shit.  I think if we could speak better Spanish, we could have just explained to him to inspect the brakes first.  They did do a fairly good job (we noticed how detailed oriented they were).  In the end, our brakes were replaced and it was pretty inexpensive considering we were there for the entire day.  We made it to the beach that night and camped out in the parking lot of a hostel/restaurant.  The place was packed and the beach was filthy.  People flee the city for the beach during Semana Santa.  We were back in Taj though, and that is all that mattered to us (first night after the bed bug wars).  We chilled for a few nights there, enjoying the surf.  Fresh water was inconsistent at best though, so we were definitely hankering for a shower.  We did see a beach cleanup crew go by on our last day (to late for us, but still nice to know that it’s done).  Walking through other people’s trash on the beach was a little infuriating.

Toyota Tacoma 2003 Double Cab TRD.  The truck came with a canopy and air suspension bags that the previous owner had installed.  I am planning to do a full belt service, add roof racks for a tent and additional storage, build storage drawers in the back, add a water heater and water tank and a dual battery system.  There will also be some extra gadgets on the inside for ipad hookups and security.