We planned to stop through Cali for a couple of reasons. Our friend Joelle is a Cali native and there were spare parts for our tent waiting for us there. The World Games happened to be taking place while we were there, and George had his mind set on watching the speed climbing.  What is speed climbing you ask? Well, to sum it up, climbers race up  sport climbing routes. Imagine what it would look like if a big cat decided to go vertical up a wall and you’ve just about got it. In his former life, George competed in speed climbing in Bulgaria. The sport is not popular in North America, but certainly has a big following in Europe and Asia. We didn’t have tickets and had heard that the speed climbing was sold out. Luckily, Joelle is a skilled and persistent negotiator. Her cute smile didn’t hurt either. Fast forward an hour or so of haggling and we were in. 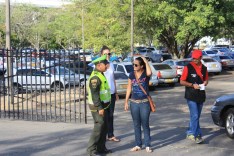 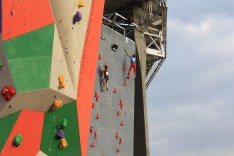 Yes, that is air time 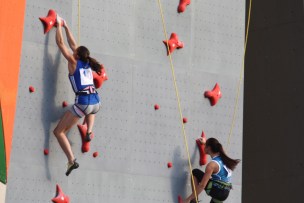 Cats racing up the wall 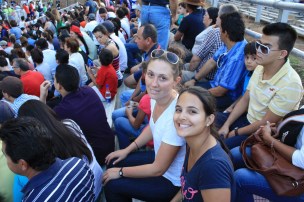 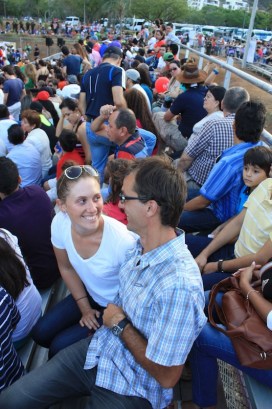 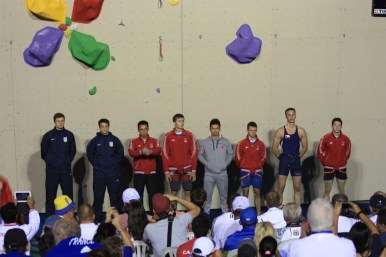 See the big boy second from the right