I was only half listening when the Georges told me we would be going to a desert oasis. I imagined some hotel in the middle of the desert claiming to be an oasis for weary travellers, but the tiny village of Huacachina lived up to the claim. Huacachina is situated around a natural lake and surrounded by sand dunes.

There are only two reasons to visit Huacachina: you need a break from the harsh dessert environment that is the northern Peruvian coast and/or you want an adrenaline rush in the form of sandboarding and a dune buggy ride.

Unfortunately for the other passengers in our buggy, I snagged the seat beside the driver. The first crest that the driver came barreling up to and almost plummeting down elicited a high pitch wail from me followed by a lot of chuckling from the driver. The group quickly realized that the dune crests would be part of the ride. This didn’t stop the driver from continuing to try and make me scream though. We would ride a sand rollercoaster for the next couple of hours.

Between spins in the buggy, we tried our hand at sandboarding. Absolutely easier than volcano boarding, but we all still managed some pretty impressive bailouts with the exception of George M. who handled the dunes like a boss. 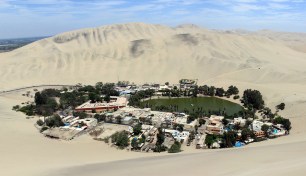 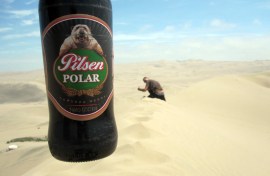 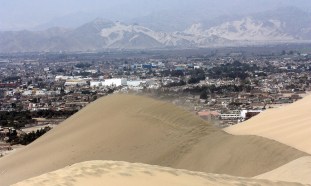 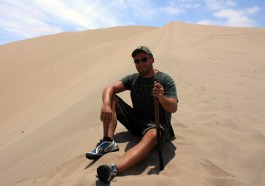 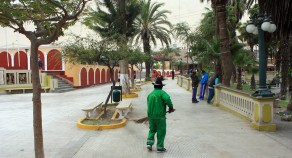 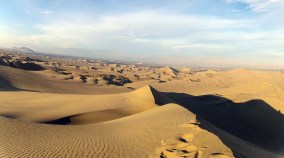 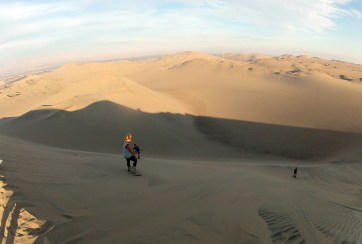 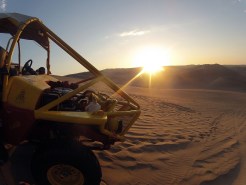 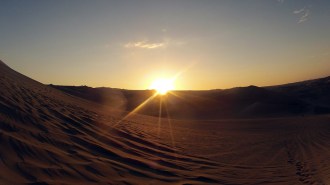