Our days were numbered. George and I enjoy one another’s company, but the idea of spending Christmas alone was depressing. Enter Southern Tip Trip – the three sprinters were parked in Pucon at the heart of Chile’s Lakes District, so we accepted the few days we had to explore Valparaiso and Santiago before Christmas.

Taking Ruta 7 from Mendoza toward Chile took us pass the impressive 6,962 meter Aconcagua (highest mountain in the americas) and the “Inca Bridge”. 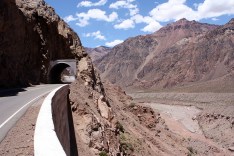 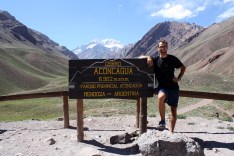 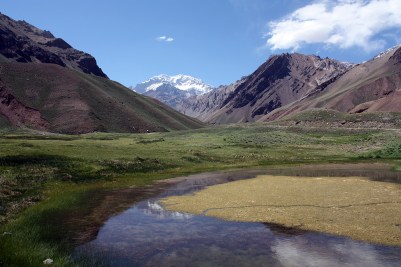 Valparaiso sits on the coast of Chile and is known for it’s vibrant neighborhoods rising up on the hilltops of the city. The plan was simple – take in the neighborhood scene and eat some sushi. I had a hankering for sushi that needed to be tended to. As you work your way up hill into the neighborhoods, I was once again reminded why I let George do all the driving. Negotiating the narrow steep streets takes finesse in an overloaded pickup with a tricky gas pedal. Once on foot, we began a food and drink crawl, sustained by artisan beer and local wines. 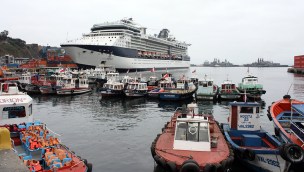 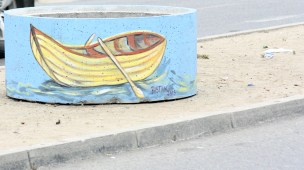 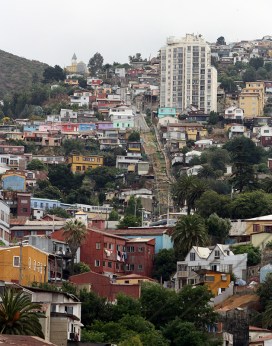 A look up into the hills 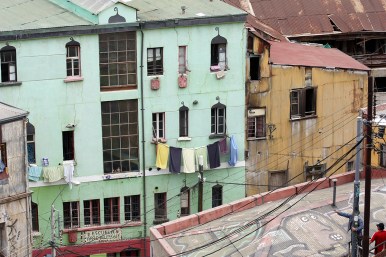 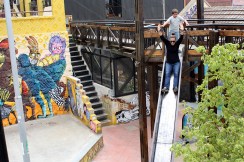 The aftermath of our first sushi meal in a year 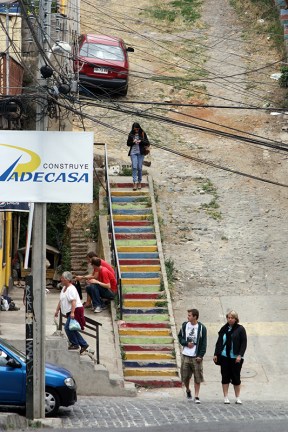 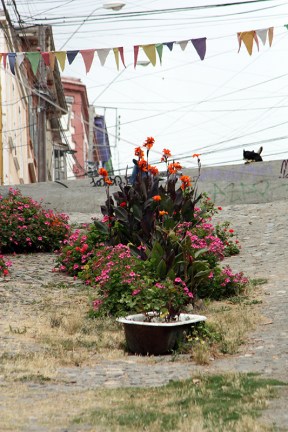 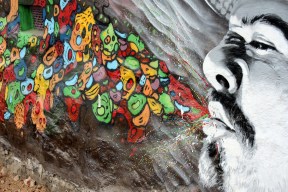 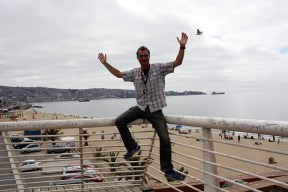 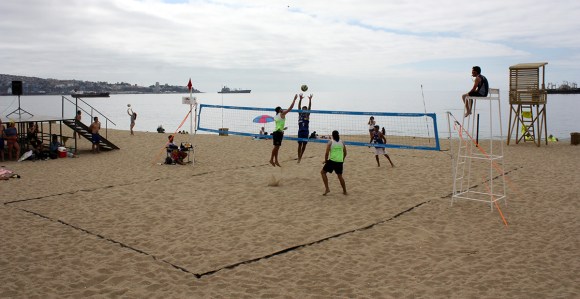 We balanced the extravagance with yet another night spent in the parking lot of a gas station, a surprisingly typical thing to do in Argentina and Chile.

In the morning, we braved the Christmas crowds on the streets of Santiago to experience the very large and well-stocked fish market. I’ve noticed that it is usually a small detail or moment that really sticks with me after visiting some place. For George, one of the memories of Santiago from a visit in 2010 was of steak size mussels at the fish market. I generally eat mussels and think they are delicious, but the idea of taking fork and steak knife to one rather turned my stomach.

At the fish market in Santiago, the mussels turned out to be a little smaller than George recalled (maybe off season?), and I was able to enjoy our wonderful fish lunch in the depths of the market without being disturbed by visions of giant mussels chasing me pac man style. 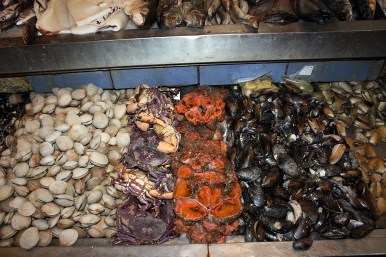 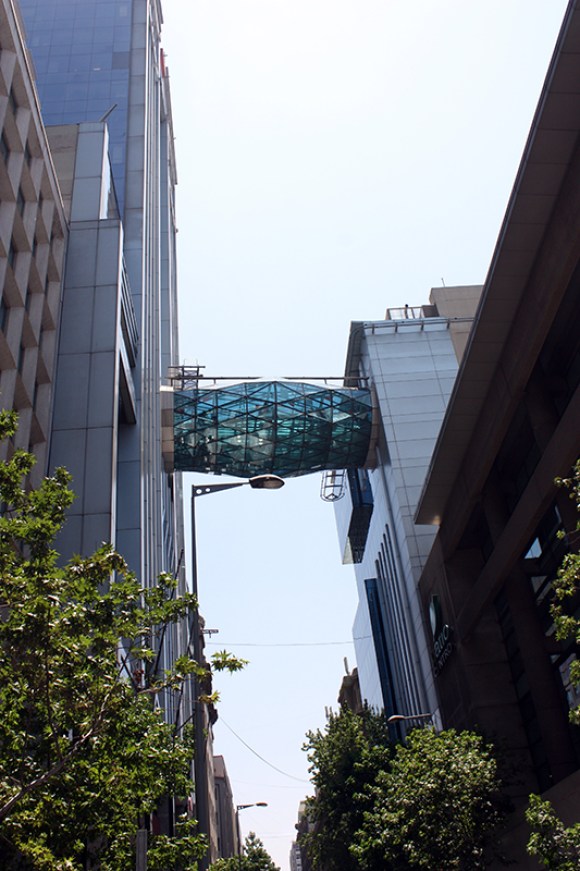 Fortified with a seafood lunch, we started heading south again towards a Christmas celebration with new friends.