Do you remember one of your teachers asking you what the best day of your life was in third grade?  Well, when asked, I answered that it was the day L.Batt. came into the world.  There have been many amazing days since, but it often crosses my mind how boring our family would be without the youngest daughter.  It should also be known that I love (LOVE) surprising people (and hate to be surprised).

So I had my mind set on surprising Lynds in Cancun.  I let her know that it was too far out of the way and then cut off contact a week before she was set to arrive in Cancun.  George and I literally drove two weeks straight of 7+ hour days across Mexico to get to Cancun.  In all honesty, my contribution to that was small.  G was a trooper.  The first road we had to take out of Oaxaca was over a mountain pass in Mexico.  Did you know that the Mexican interior is all mountains?  Anyways, it took us 6 hours to drive the mountain pass.  We calculated about 21 turns a mile.  If you put your hands in front of you like you’re grasping a wheel and move them from side to side at a reasonable pace, you’ve grasped the ab workout we endured.  We were both car sick.

It took us 3 days to drive from Oaxaca to Cancun.   I was bubbling over with excitement.  G had managed to find a campground right beside the five star resort Lynds was staying at.  When we pulled in, I was frantically emailing Brian who I was colluding with to organize the surprise.  Meanwhile, G walked out to the beach.  The resort was preparing for a wedding.  I wasn’t sure if it was ‘the wedding’ Lynds was attending until I heard country music.  This was definitely a Mitchell (small town – south western Ontario) wedding.  G was in the shower when the wedding was wrapping up.  I told him I was going to make my move if they started leaving.  Thankfully, he made it out to the beach in time because he would have been pissed if I went in without him.

We spotted Brian who directed us at the wedding party.  They had just finished up a toast.  I was a little apprehensive to disrupt the festivities, but with Brian’s prodding, I got in there.  Lyndsay turned around and started sobbing (awesome).

We spent a few days catching up with them (which I’m immensely grateful for) and partying at the resort.  Thanks to happy newlyweds (Maureen and Trevor) for putting up with us.

PS.  (placeholder for cursing).  Our food container, tent and basically everything we own was invaded by thousands of tiny ants.  We used a garbage bag to build a moat in the sand around the ladder.  This was successful until the ladder punctured the plastic and the water drained out.  What a well-adapted species.  We hosed down the tent, drove hundreds of miles, and those damn things were still climbing out of everywhere when we popped the tent in Belize. 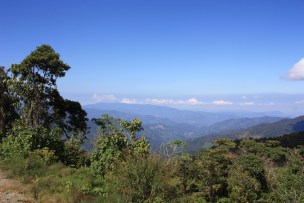 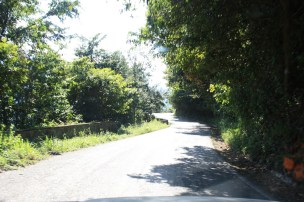 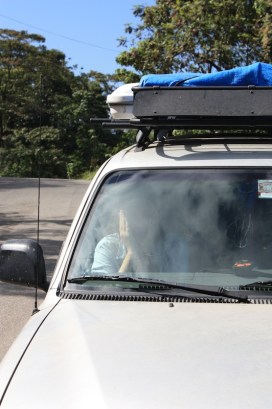 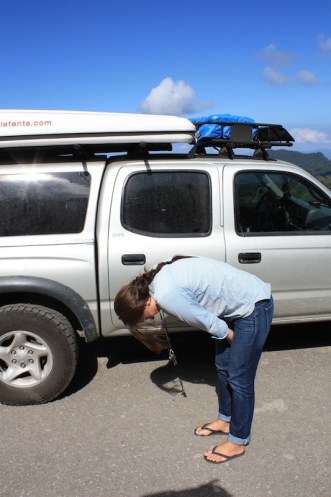 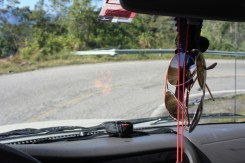 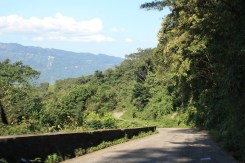 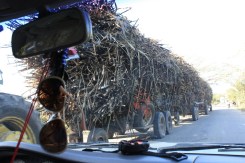 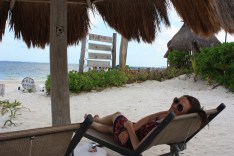 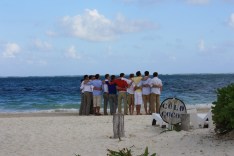 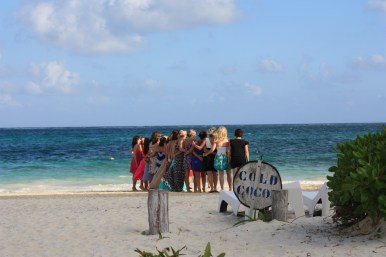 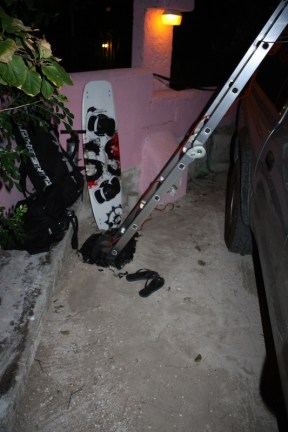 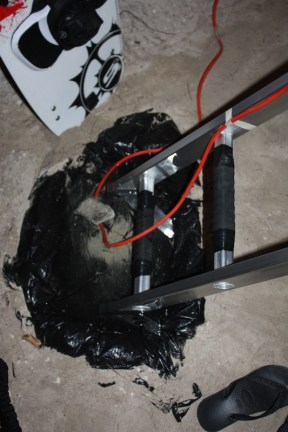