Several years ago, we were on the coast in Oaxaca state for Nat and August’s wedding.  Amazing.  So, in my mind, Oaxaca City was a must see as we drove through Mexico.  Nat and August spent a bunch of time there, so we picked their brains while crashing at their pad in SF before xmas.  From what August told us, I gathered that food in Oaxaca is should be the biggest tourist attraction. August also sent us a 3-step plan to epicurean delights in Oaxaca.

We had stayed at mostly some sketchy places on the way down to Oaxaca, so I wanted a place in the city with a few more comforts.  We ended up getting a nice little hotel room.  I was pacified.  As a side note, with a piping hot high pressure shower, good bed, and blazing fast internet, I can live just about anywhere doing just about anything.

As mentioned, I was determined to stick to the plan.  We were exhausted the first night in Oaxaca after days and days of driving, so we picked a full restaurant on the central park for dinner.  In my mind, basically any food item + guacamole = bliss.  I saw chapulines + guacamole on the menu.  Awesome… = bliss.  However, I hadn’t tried yet “chile relleno con queso”, so I opted for that.  When we got home, I looked up chapulines.  Apparently a delicacy in Oaxaca (cool), toasted grasshoppers (not cool).  Disaster averted.  The chile relleno was delicious by the way.  The queso was flavored perfectly with fresh herbs and it was served in the rojo mole (one of 7 moles that Oaxaca is also known for).  George did not have such luck.  He got chicken in green mole (another of the 7 moles).  The mole was sweet, and we believe in separation of church and state (sweet and savory).

The next morning, we headed for one of the places on August’s list.  After hunting it down in the market, we found the mandated eating establishment.  We ordered chilaquiles verdes con huevo.  This time, the green mole was sour.  I emailed August and Natalie and enquired what the heck green mole was supposed to taste like.  Nat told me to stick to the plan – it was implied that we were eating less than awesome food because we had veered of course.

Needless to say, we did stick to the plan.  The food was awesome, but with little Spanish, I was struggling to eat vegetarian while staying true to August.  That evening, we took advantage to the thriving night life in Oaxaca.  We tagged along with a parade around the city.  A school had planned a concert that began with hundreds of students following a band around the streets of central Oaxaca.  It was quite a fiesta when you added in some dancing, tequila, and two giant nurses.  We classed it up with a bottle of rum and some coke.  I thought that we had again lucked out with our timing.  As it turns out, there were 3 more processions (2 weddings and one of just bicyclists).

The following day, we checked out Monte Alban before continuing the journey to the Yucatan and L. Batt + Bud. 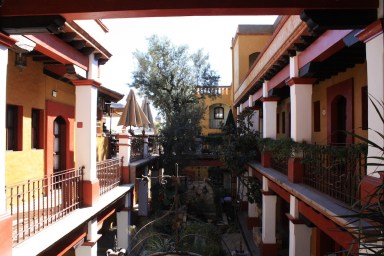 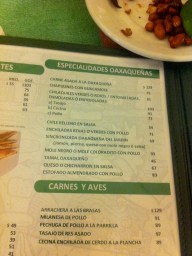 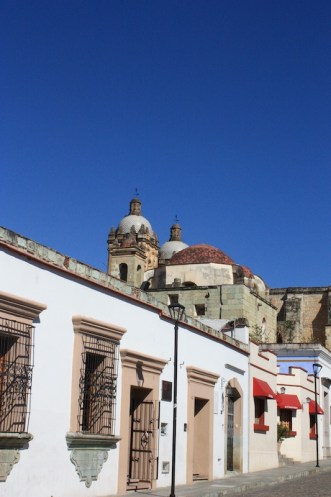 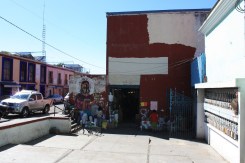 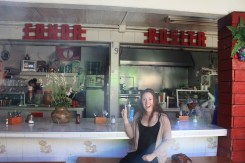 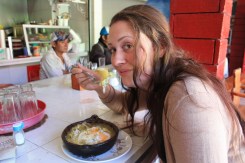 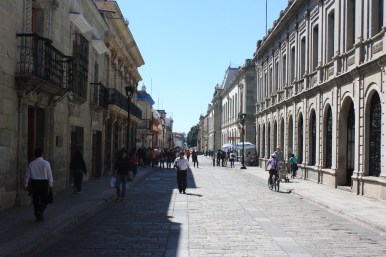 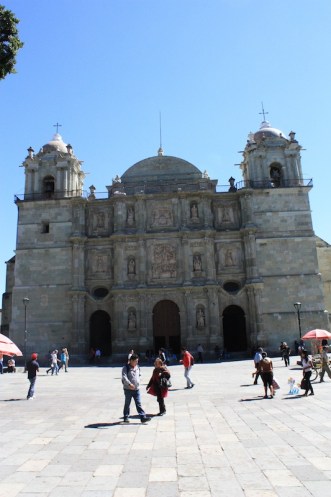 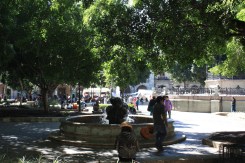 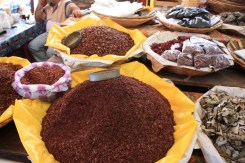 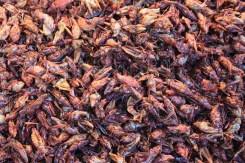 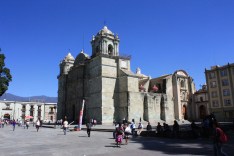 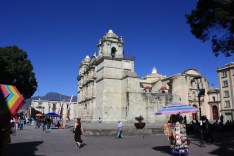 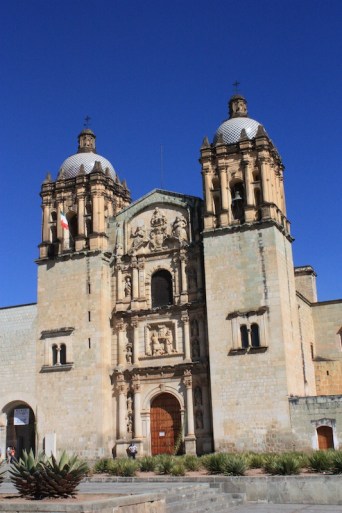 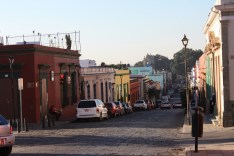 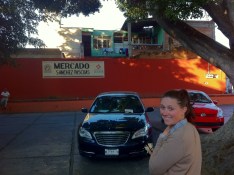 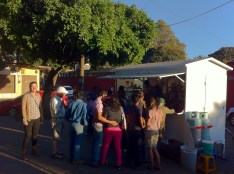 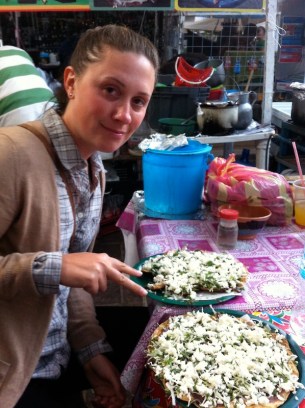 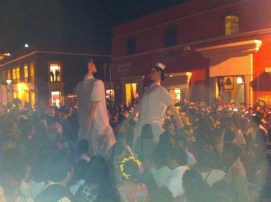 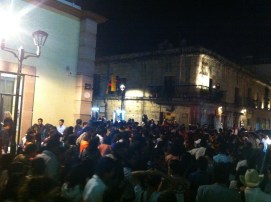 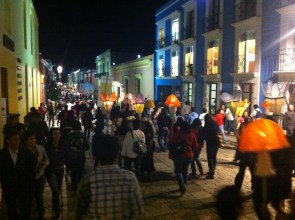 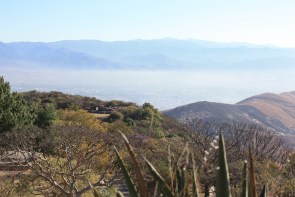 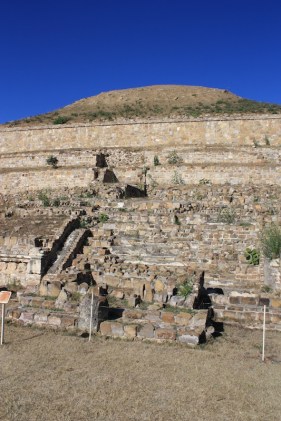 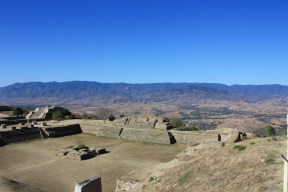 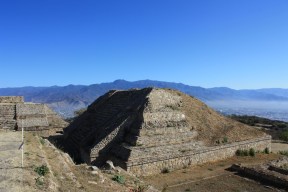 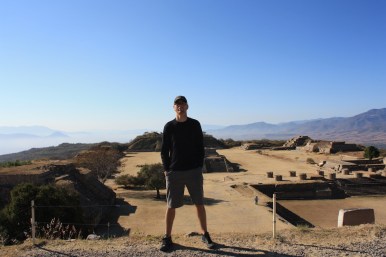 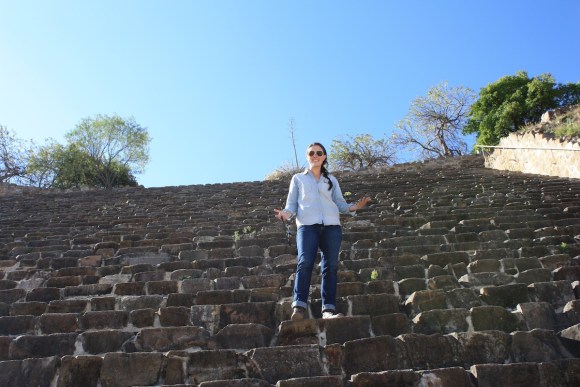