After getting our acts together, we headed into the northwestern highlands of Costa Rica. Our destination was Monteverde, a cloud forest.  It was a beautiful drive (I’m blocking out the long pot hole ridden dirt road).  None of the roads into the park are paved – we hear the dirt roads are part of an effort to maintain the fragile forest.  The views reminded me somewhat of Ireland, green rolling hills.  Your first views of the park are bordering on magical, a lush green forest in the clouds.  The campground we intended to sleep at was closed.  G managed to secure a place to stay at the local tourist information center.  A local hotel owner agreed to let to pop up Taj in her parking lot.  We asked her how much we owed her, but she didn’t want any money.  Wonders never cease.  We repaid her generosity by eating in her restaurant for dinner both nights.  Now, this turned out to be no hardship for us 1. it was raining and cold 2. the food was good + cheap and 3. we were tired.

The next day we visited the park.  We decided to go the park alone without a guide mostly because we are cheap.  In these parks, the guides are probably well worth the money simply because they can help point out wildlife and plants that you might not otherwise notice.  Because we’re in the off-season, the park wasn’t too full.  Most of the time, it was just the G and I hiking the 13 km of park trails.  The sounds of the forest were incredibly soothing.  We even lucked out and came across two separate guides who pointed out a butterfly with translucent wings and a quetzal respectively.  G has been hankering to see a quetzal for a while (beautiful bird) and this one generously hung out for a good long while so we could snap some pictures.

After the park, we intended to hit up a waterfall in the area.  The directions in Lonely Planet were lacking, so we stopped to ask a local, “turn right after the school”.  Well, we turned right alright, and G claimed he saw a school (there was no school).  We drove some number of kilometers down a steep gravel road and had to think twice about crossing a questionable bridge, but decided to go for it (no guts, no glory).  Along the way, we ran into a older gentleman (~75) who had been raised in the area.  It was his first time back since he was 8 years old.  In the end, I finally strong armed G into turning around.  We eventually found the correct turn only to discover that the waterfall was closed – it was on private land.

To make the most of the rest of the day, we stopped at a frog pond so G could scratch his frog itch.  He wanted to see the bounty of frogs native to Costa Rica.  I checked email in the lobby – bugs and amphibians are not really my cup of tea.  I wasn’t completely safe though – G was bubbling over with stories of the strange and alarming after the tour.

Since we were heading out early the following day, we popped into town to the Tree House Café for some internet.  This particular café actually was built around a tree, and that particular tree had seen better days.  Several large branches had snapped and were precariously hanging over the street.  The employees and local policia were trying to cut the branches down with a machete (not the most useful tool on wood).  Now, since we roamed the great north, wood cutting devices are crucial.  We learned that bigger is not always better, and had consequently picked up a little saw on the way.  Fast thinking G whipped this out and convinced the men to give it a try after some prodding.  Our dessert and coffee were free that night. 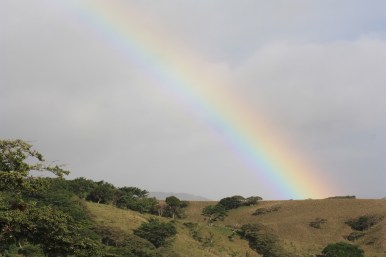 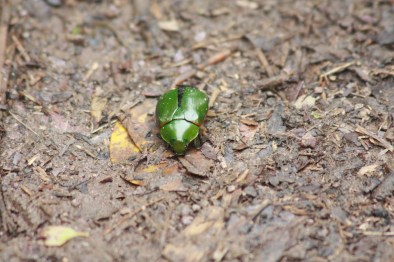 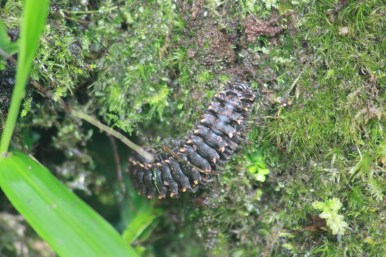 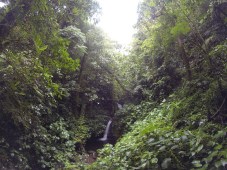 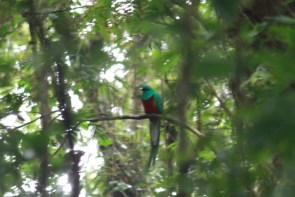 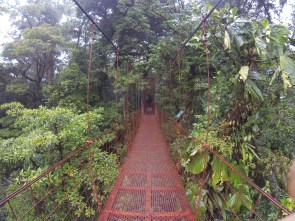 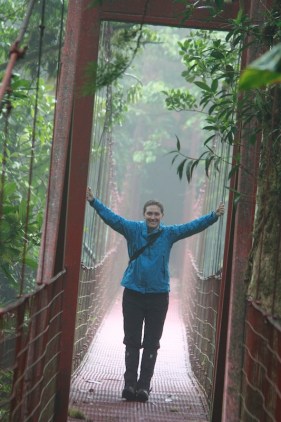 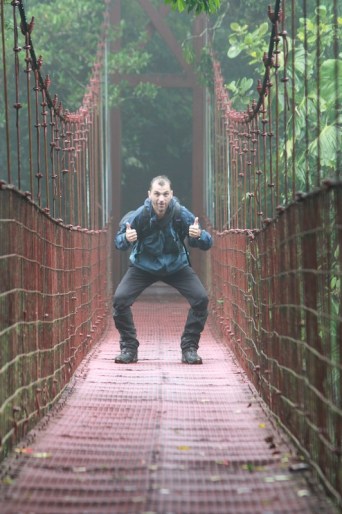 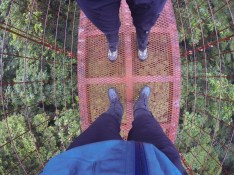 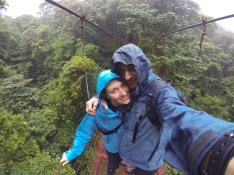 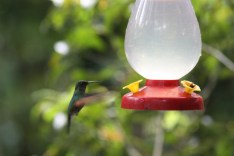 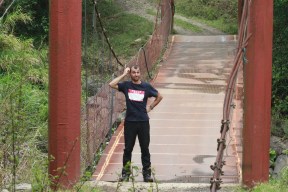 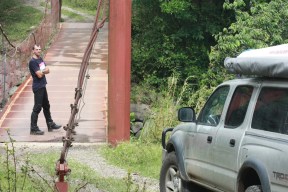 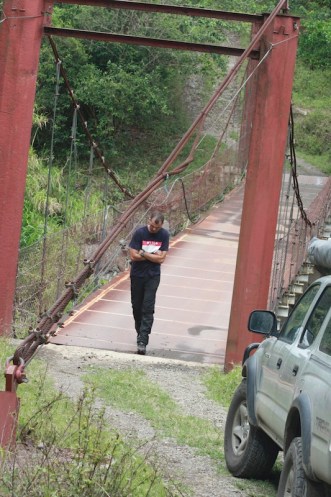 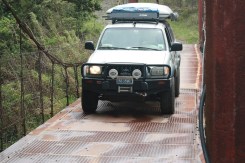 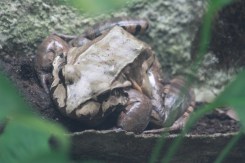 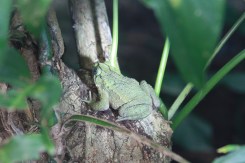 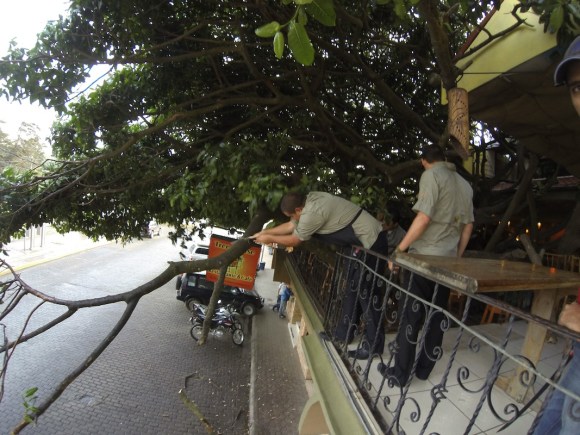