On Tuesday morning together with our sailing comrades (www.trans-americas.com) we milled around in the reception area of the immigration office.  It wasn’t long before some Colombian shit hit the fan over our heads.  Problem George, Bulgarians need a visa to enter Colombia.  Bulgaria is the only EU country for which Colombia requires a tourist visa.  George and I got so wrapped up with shipping Vida that we forgot to double-check the details of shipping ourselves into Columbia.

The cliff notes have George back on the Independence for the night and flying back to Panama City the next morning.  Now, I know what you’re thinking.  It’s kind of cool to say you’ve been deported from somewhere.  Technically, he was just denied entry and it definitely wasn’t cool.

Thanking our lucky stars that George and I have joint ownership of Vida and my name was also on our Bill of Ladding, our little shipping team left the immigration office one man down and in low spirits. George reminds me here that we actually deliberately put both of us on the title for shit-storms like this one (you hear that planning traveler out there?!).

We headed to the port that afternoon to pick up the paperwork from the shipping company.  As we were getting passes to enter the port, we ran into our fellow overlanders (Team Mercedes).  They looked a little tense, and we felt like contestants of Amazing Race who were at the back of the pack.

After getting our badges, we went through the security turnstiles to pick up our paperwork.  Once you passed these, it seemed we were free to wander all corners of the port aimlessly.  We circled the port twice on the bus before arriving at our intended destination. 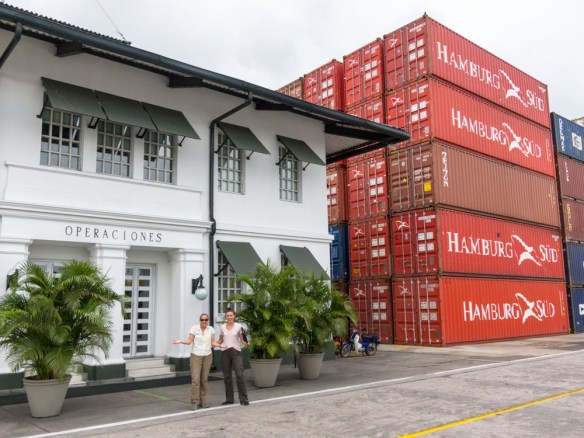 Lost in the port.

Next, we headed over to the Servico al Cliente office in the Sociedad Portuaria (the port authority).  Because it was late in the day and Team Mercedes was in there waiting, we would need to come back the next morning.

In the morning back at Sociedad Portuaria, Team Mercedes was there wrapping their stuff up. We got as far as registering our vehicles but hit another roadblock.  Only one of us could be present to unstuff the trucks, and that person would need accidental death and dismemberment insurance to enter the port.  Lovely.  Since the office is closed from 12 to 2 pm, we would have to return in the afternoon. 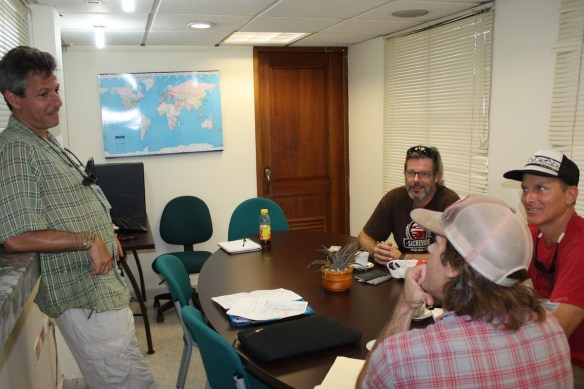 Before we left the port, Eric dropped of the payment receipts to shipping company.  Meanwhile, I hopped on the bus and took a tour of the port again to snap some pics for George.  No one seemed bothered by my little photo tour. 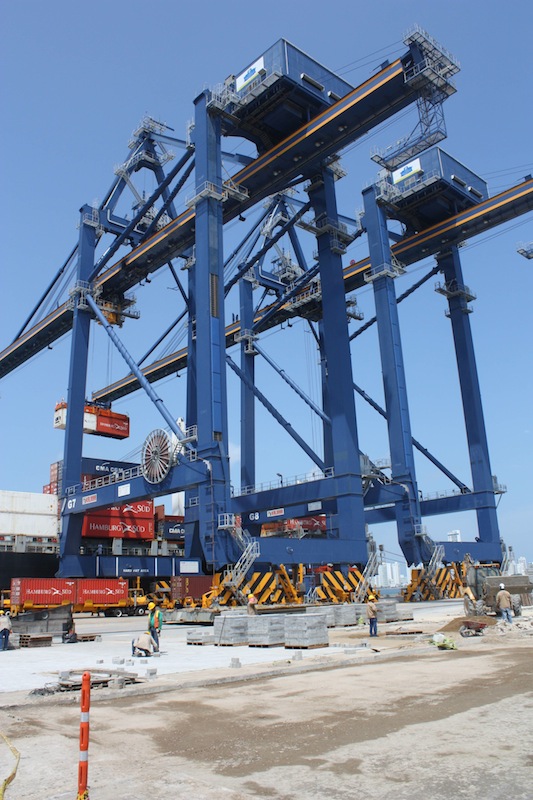 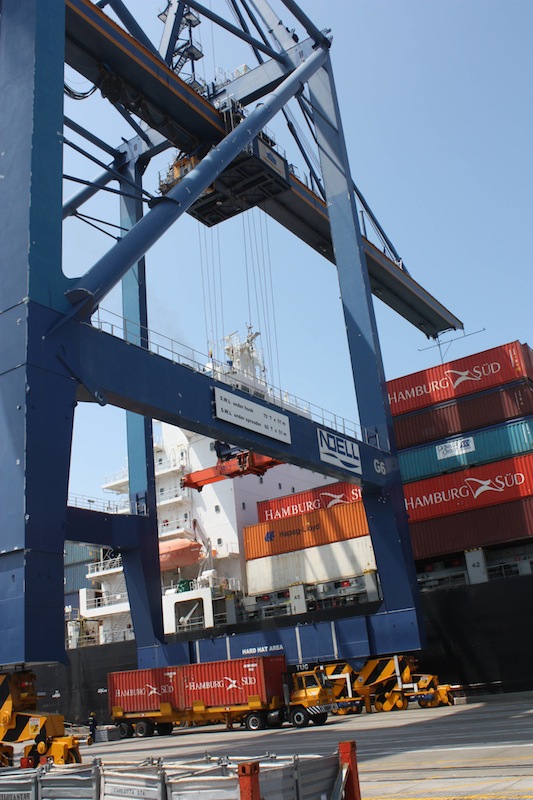 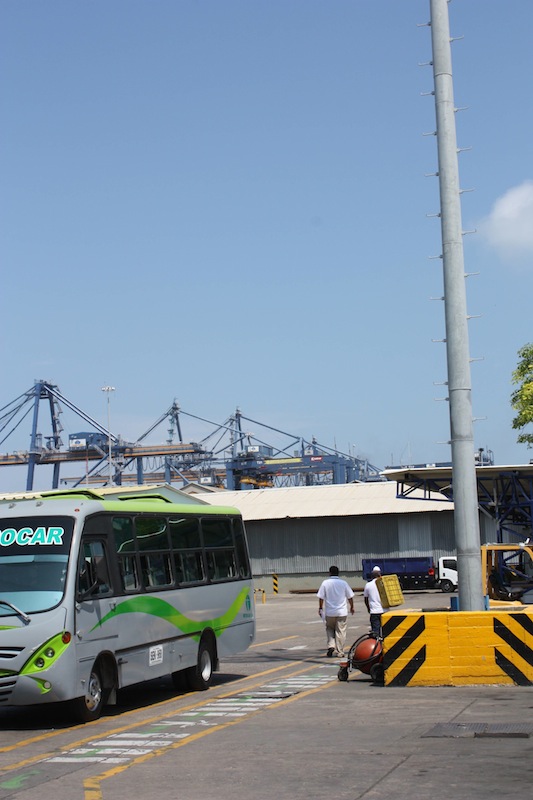 We returned in the afternoon after another round of cab rides.  At Sociedad Portuaria, we handed over the insurance details and filled out some more paperwork.  This was followed by a lot of waiting.  I was praying to the coffee gods that the office coffee lady would pay us a visit.  We were not so lucky, which meant endless waiting with an empty coffee cup to taunt me.  Finally our paperwork was approved, and we had the unstuffing appointment.  Next up was Dian to schedule the customs inspection. It was 4:30pm, so we scurried over their hoping to make it before they closed up shop at 5pm. 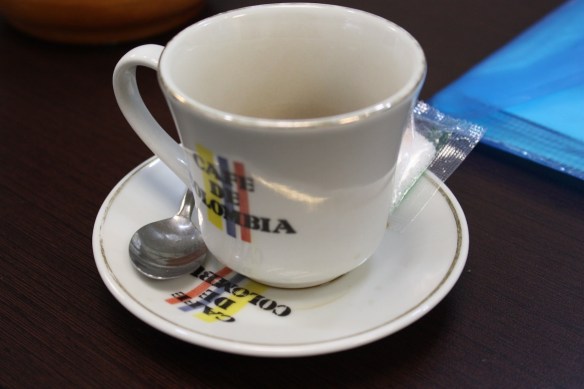 This step was frighteningly easy.  We waited for about 5 minutes to ask the guy at the front desk where we needed to be.  He then showed us back to a young girls desk.  She was wearing tight jeans and a tight white tank with belly showing. She handed us 2 copies of the same form to fill out and took copies of passport, entry stamp and title.  As we filled the forms out, ‘Red Red Wine’ played in the background.  Apparently there was an office party happening.

Our unstuffing appointment was at 1:30 the following day followed by the customs inspection.  Eric would be our representative.  He reported back in the afternoon.  Our trucks had been liberated from the shipping container. 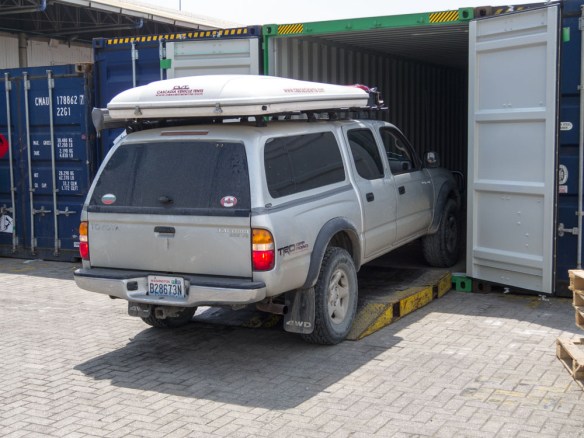 We had our final paperwork in hand the next day after more running around the port.  The day was not without its casualties though.  Eric was almost out for the count after a poorly placed bent sign took a large gash out of his head.  There were some welders nearby who gave us a rag to stop the bleeding.  Eric tried not to think about where that rag had been.

Our trucks were actually at another port further out of the city, so we cabbed it over there.  I might have teared up a little when I finally set eyes on Vida again.  We braved the Cartagena traffic, and secured the trucks in a parking lot near our hotel.  I could finally give George the all clear, phew. 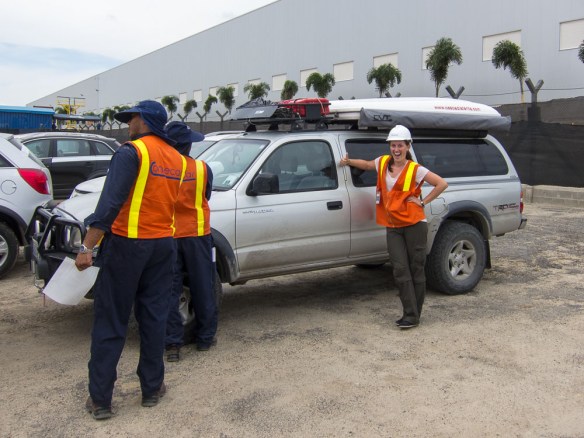