A certain set of conversation topics inevitably end up on heavy rotation when you spend endless hours driving with someone. The beef in Argentina was one of these topics. I, as a vegetarian, silently will George to stop salivating over the idea of rib fat melting on his tongue and biting in to a juicy blood sausage to no avail. Taking the Paso Jama from Chile, we finally made it to Argentina. George could finally grill meat to his hearts content. Unfortunately for me, the availability of Argentine beef only meant that it became a daily topic instead of a twice weekly ordeal. 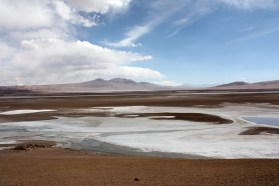 Heading towards Paso Jama in Chile 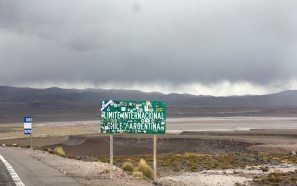 We made it to Salta Argentina in time for a police strike. Looking at the faces of the city’s residents, it was clear the populace was on edge. This made the decision even easier to hightail it to wine country.

Inexpensive and delicious wine would begin to flow in Cafayate Argentina, a base for exploring Valles Calchaquíes. 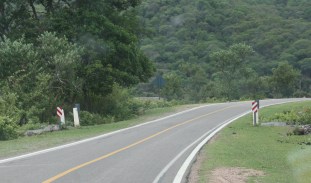 Not enough room to expand the road? No problem – paint a line down the center and call it a highway. 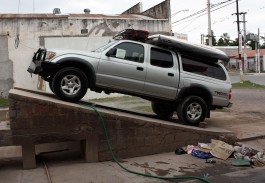 Power washing the remaining salt of the chassis 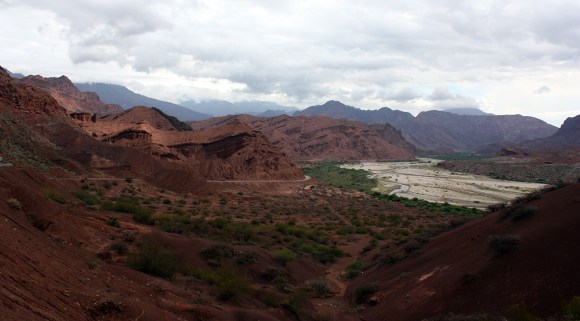 Cafayate is an adorable little town overflowing with temptation. Pulling into the town’s campground, we were greeted with some company to enjoy the ample wine, cheese and meats – Kyle and Joe (Patagonia or Bust) and Brooke and Tom traveling in a VW Van-Again. At Bodga Nanni, we were introduced to the Torrontes grape which made for a delicious aromatic wine full of fruit that was not sweet. I was in love. 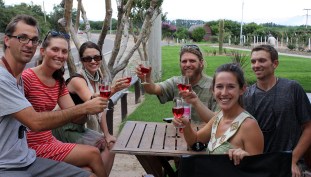 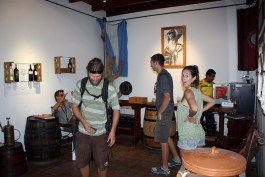 We hopped on the iconic north-south highway Ruta 40 to head south along the andes, making a quick stop at the Ruins of Quilmes.  The story of the Quilmes is disheartening at best. They resisted Inca invaders and then the Spaniards for 130 years until they were defeated in 1667. The Spaniards marched the 2000 survivors 1500 km to Buenos Aires. 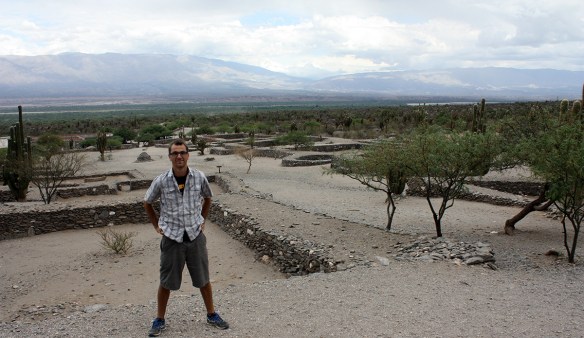 That night George got his grill on in Tafi del Valle. The rolling green hills surrounding the town are a stark contrast to the rest of dry and open Ruta 40. The evenings entertainment was a concert in the town center complete with gauchos (South American cowboys) on horses galloping through the center of the crowd. 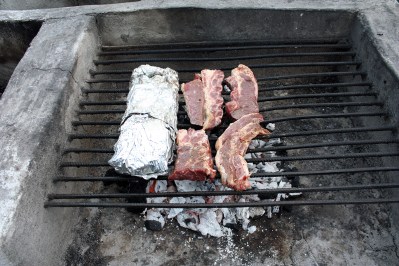 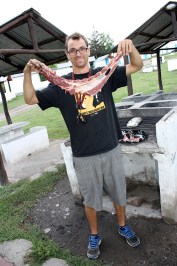 Continuing on Ruta 40, we made it to Mendoza taking advantage of the ubiquitous grills in the campground. Maipu, just outside of Mendoza, is a great area for some wine tasting as well as a visiting one of the many olive farms. 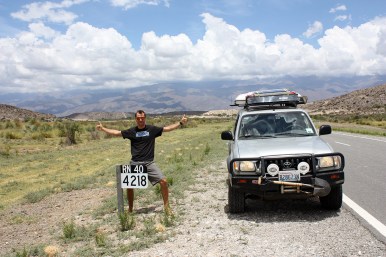 Doing a little indulging in Maipu 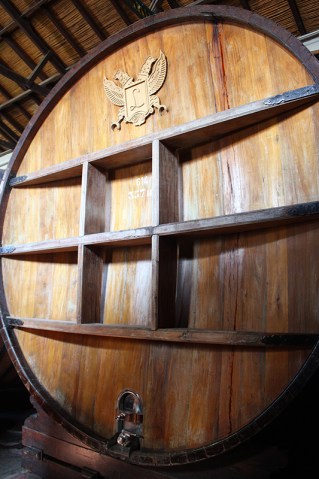 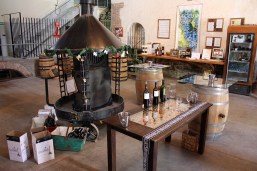 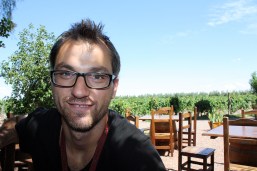 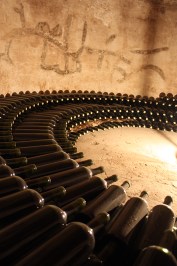 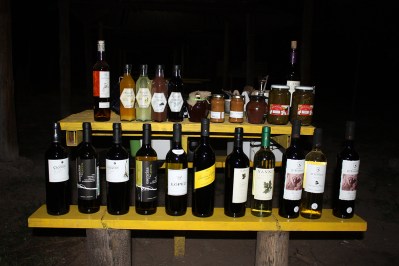 And the verdict on wine country in Argentina? We’ll be back soon.